The Chameleon Approach To Sales Success 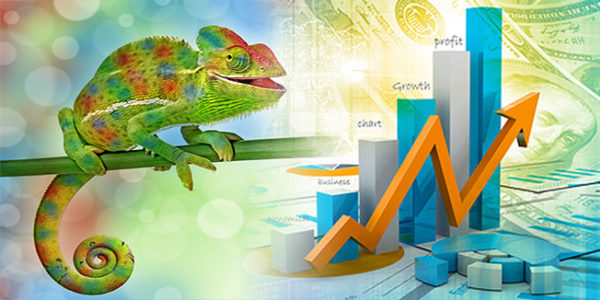 Patrick Keane took a job selling advertisements on the back of local street maps; the maps on one side, the ads on the other. He began selling the maps door-to-door, hitting 50 businesses a day. Problem was, with all the folding and unfolding to show them off, Patrick’s maps began to look the worse for wear, making them less attractive to customers who’d already been a tough sell. Patrick got an idea; why not laminate the map ads to keep them looking fresh? Once he did that, he was surprised when the customers ignored the ads, asking instead how they could get their hands on one of those laminated maps! A business was born.

Patrick quickly got out of the ad-sales business and into the laminated-map business. Each map only cost ten cents to begin with, and once he got them laminated, he’d mark up the price and sell them for a good amount of money. Local businesses, such as gas stations, towing services, and delivery services, gobbled the maps up. When the Soviet Union fell apart, opening up an entire new market for schools needing updated maps, Patrick’s business got an even bigger boost.

Patrick’s once-struggling business soared to success because he’d figured out how to be a chameleon, adapting his approach to his product according to what customers wanted and needed. It’s easy to become discouraged when your early attempts don’t pan out. When Patrick was faced with obstacles to his success, he worked around them by pinpointing and capitalizing on what his customers really wanted, and how to deliver it to them.

If people let you know that they’re more interested in one product than another, adapt to what your customers want. Avon started because a door-to-door salesman trying to sell books gave away free perfume as a promotion — and female customers preferred the perfume. Edwin Cox sold aluminum cooking pans door-to-door with little success; people didn’t want them because they were hard to clean. His solution: combining steel wool with soap to create cleaning pads for the cookware. When the pads proved more alluring to customers than the pans, S.O.S. Scrubbing Pads were born.

So many popular products were the result of previous inventions not working out. Rather than viewing them as failures, their creators looked at what they had, and found new ways to market it. A company trying to invent artificial rubber ended up with a putty-like substance that could pick up the image of your favorite Sunday comics. They packaged it in plastic eggs and the profits were, well, silly. Decades later, a toy company trying to duplicate that success ended up with the recipe for Slime. And let’s not forget about a certain high blood pressure medicine whose side-effects were much more attractive to the public than its original purpose. That medicine is now better known as Viagra.

Allow yourself to be changeable

Allow yourself to be as changeable as a chameleon, willing to try putting a new spin on what you have to offer. When you pay attention to what does and doesn’t appeal to your customers, you’ll realize what people want now and you’ll have a better chance of continuing to do business with them down the road.

Next Post:  « The Right Reward System is Worth Its Weight In Gold or Balloons
Previous Post:  It’s Now or Never: Giving Business Relationships the Ultimatum »