Don't Be Nice, Be Real: Selling with Honesty and Integrity!

Don’t Be Nice, Be Real: Selling with Honesty and Integrity! 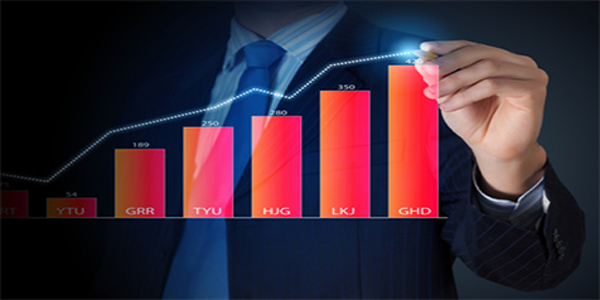 I know a neighborhood hardware store where they never have sales. They don’t offer frequent-buyer cards, easy credit terms, or free coffee and doughnuts on Saturday mornings. The shelves are dusty, the parking is terrible, and the help is crotchety. In fact, they seem to violate most of the rules of good customer service. They’re nosy. They argue with customers.

Once, I walked in looking for an extra-long drill bit, and the clerk all but refused to sell it to me.

I didn’t think it was any of his business, but I needed the bit and didn’t want to get on his bad side. So I explained what I was trying to do.

Of course he was right. And I hated him for it.

The store’s been at the same location for close to 50 years, and as far as I can tell, it does a terrific business. There are plenty of other places to buy hardware: bigger stores with more selection and better prices. So what keeps people coming to this one?

These days, many salespeople are polite, efficient and helpful – and utterly anonymous. It’s not their fault; they’ve been trained that way. They sell from a script and never take a chance. You might as well be talking to Robby the Robot.

Not so at the corner hardware store. For better or for worse, you never walk away from the counter without feeling that you’ve just engaged in a deeply human interaction. Sometimes I’m amused. Sometimes, frankly, I’m a little annoyed. But in the end, I keep coming back because I feel somehow connected to them. They’re an institution, and the neighborhood wouldn’t be the same without them.

Lots of companies spend lots of money trying to unravel the secret of customer loyalty. They relentlessly measure customer satisfaction on every dimension imaginable: Was the service prompt? Was the salesperson helpful? Could anything have been done to make the buying experience better? The assumption is that most customers defect because they were dissatisfied in some way. So if you can keep customers satisfied, they’ll stay loyal.

It turns out that assumption is dead wrong. Customers who say they’re satisfied walk away all the time. In fact, a recent study from the Gallup Organization found that customer satisfaction, as it’s traditionally measured, does nothing to boost repeat sales.

The study found, for example, that “extremely satisfied” bank customers were just as likely to take their business elsewhere as less-satisfied customers. The same pattern emerged among customers of a major supermarket chain.
The researchers concluded that customer satisfaction “has no real value. None at all.” And what about all the money and energy that companies spend to measure and improve it?

Not convinced? Take a look at Lincoln-Mercury. According to the American Customer Satisfaction Index, it has the highest customer-satisfaction ratings in the industry – ahead of Honda, BMW and Toyota. Yet in the past two years, Lincoln Mercury sales have fallen by 26%.

The researchers did find something linked to repeat sales: customer engagement.

In other words, a customer’s emotional connection with you, your product or service, your company.

Think of it this way: Chances are, you’re perfectly satisfied with the service you get from your local ATM. But you don’t sing its praises to your friends. Or look forward to using it. And if you found another one half a block closer to your office, you wouldn’t think twice about using it instead.

Compare that with a human teller who smiles and greets you by name, asks about your kids, and chats about the weather while your checks are being processed. Same level of service. Same degree of satisfaction. World of difference.
In a bigger organization, the clerks at the hardware store would probably get whisked off to a little room somewhere to get intensive training on sales skills. They’d be reminded to say, “Have a nice day.” They’d learn how to meet standards on 14 dimensions of customer service. If they couldn’t get with the program, they’d be replaced – and six months later, some analyst would be wondering why sales had taken a nosedive.

Yes, the hardware clerks at my local store are quirky and cantankerous. But they know their stuff. They take pride in their work. And above all, they’re real.

That’s what keeps me coming back.