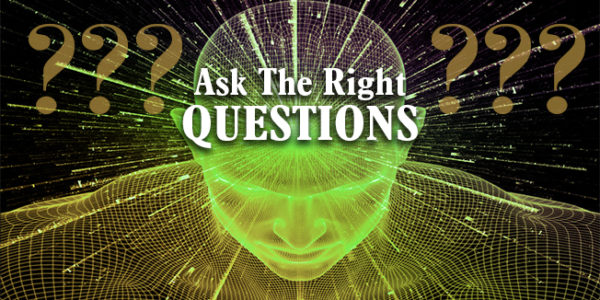 There’s a classic brain teaser that goes by many names, one being “The Lady and the Tiger.” The situation: You’re standing before two doors, one leading to a princess (i.e., happiness), the other leading to a tiger (i.e., certain death). A man stands before each door; one man always lies, the other always tells the truth. But there’s no way to tell which is which. What one question do ask to be sure you can figure out which door is which?

You can ask the same question to either man: “If I asked the other guard which door led to the lady, what would he say?”

Talk about the importance of asking the right questions!

Sometimes when talking to an fellow employee, or perhaps interviewing for a new job, you may not get far if you ask “What do you think of (thing xyz)?”, as they may not be able to share their personal opinions. But if you ask, “What would other employees say they thought of the new process?” you just might see the information flow more freely.

I can’t promise it’ll lead you to the princess, but it’ll certainly give you a better idea of which way to go!