Sales Questions to Ask Prospects That Get Through to Their Bosses 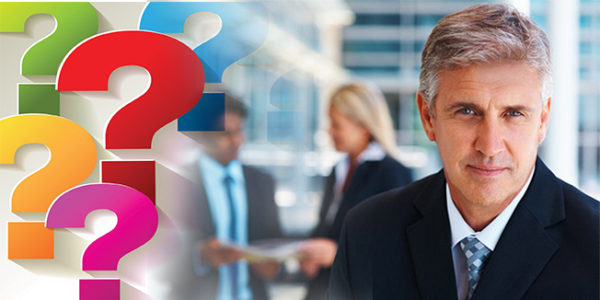 Asking a prospect the right sales questions is vital when their boss is part of the decision-making process. Becoming skillful at asking these questions will save time and streamline the sales prospecting process. The end result — more closed sales.

Have you ever been in a situation where your sales prospect is interested, yet he won’t move forward because, he has to answer to a colleague, a higher authority, or his boss? As time goes on, you stay in touch, calling periodically. Before long, it hits you that your sales prospect’s just leading you down a path of non-commitment with phrases like:

How do you handle a situation where things seem to be going well, yet your sales prospect continues to stall, unable or unwilling to commit because they are not the only decision-maker?

Suppose your sales prospect says, “What you’re presenting really sounds interesting. Let me run this by my boss (partner/peer/cohort/associate/manager, etc.)”

You reply, “You’ll be running this by your boss? Great! Can we help you present? Can we set up a meeting with your boss?”

These are important sales questions, but most likely, the response will be “No.” At this early stage, your sales prospects can be a little guarded about giving you access to their internal relationships, like their boss. Not sure where to go next, you might ask, “When can I follow up?” Oops, not a good sales question to ask just yet!

Don’t let your sales prospect off-the-hook by telling you, “Give me a call next week.” That response is not good if the sales prospect is procrastinating or lying about telling his boss about you. It’s not fair to you or him. That’s why it’s so important to qualify the opportunity before asking when to follow up.

These crucial sales questions will help qualify whether you have a legitimate sales opportunity to pursue with a new prospect:

Are your sales prospects really going to “run it by their boss,” or just trying to brush you off as courteously as possible to avoid offending you? Maybe they don’t need you today but want to hedge their bets, putting you in their back pocket for the future when they can use what you’re offering. That’s not to say your sales prospects are deliberately deceiving you. It’s just that they have their own motivations and priorities. Investigate and flush this information out of them.

Bring up potential objections now rather than later. This allows you to understand what the next step is. When a sales prospect responds, “Give me a call next week after I’ve had a chance to talk with others here,” there’s no commitment on their part — this can sure be aggravating for you. Before you know it, a week turns into a month, and months become years. When we try to reestablish contact with that person, the trail grows cold. Asking the right sales questions in the beginning allows you to bring up potential objections now rather than later — to find out the next step. And if there is a next step, what action is your sales prospect willing to commit to?

Let’s look at an example of when a sales prospect says he’ll run your ideas by his boss. Your response could be: “Great, I’m glad to hear you’ll be sharing our conversation with him — let’s pretend for a moment that during a meeting with your boss — you present this information — and your boss reacts positively. What do you see as our next step?”

Listen closely for what actions may occur. For example, the prospect response’s could be:

But why not test things out to determine if the conversation with his boss hasn’t gone well? After all, that’s what the real world of selling is all about. So go ahead and ask, in an innocent way, “What if your boss says he’s not interested?” That will lead into the sales questions that will help you gauge this person’s level of commitment and sincerity. Listen closely and they may be able to give you insight into their decision-making process, or any potential hurdles in the way, or the extent of the boss’s sense of urgency in moving forward.

Finally, imagine your sales prospect says, “If my boss says ‘no’ to this, we’re not doing anything.” That tells me this person is too risk-averse to be your champion when he discusses your proposal with his boss. Or maybe the boss is the one who’s risk-averse or has his own agenda. Asking such sales questions up front to qualify the opportunity will help avoid rejection and disappointment. Plus, you will save time for yourself, your sales prospect and close more sales.

Next Post:  « Great Sales Coaching Will Lead to Great Sales Results
Previous Post:  Get Your Sales Team to Embrace Accountability »