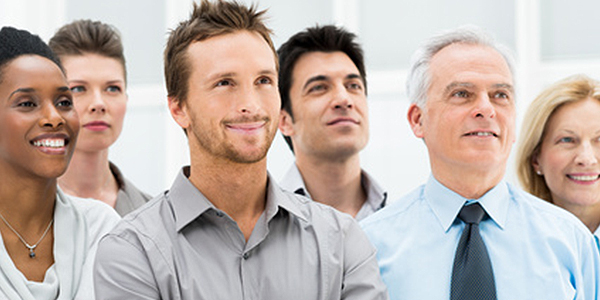 The idea that customer satisfaction equals client loyalty is a myth. Client loyalty in selling relies on a combination of customer engagement and honest selling. Take a look at the following example.

There is a hardware store in my neighborhood that has been in business for over 50 years. They are not the biggest or least expensive, but they are one of the most successful. Yet, on the surface, they seem to break every rule regarding client loyalty:

Client Loyalty — Are You Human or Machine?

So why are they successful? Listen to this story. Once, I walked in looking for an extra-long drill bit, and the salesperson all but refused to sell it to me. “What do you want it for?” he asked. To be honest, at first, he was a bit cantankerous and his frankness offended me but I continued on and told him what I “thought” I needed. He then begrudgingly stated, “I could sell it to you… But it’s not gonna work.”

What followed was an honest explanation to why the product I wanted to purchase would not meet my needs. The salesperson did not follow a script. In the end, I purchased a different product that better fit my situation. The hardware store’s frank, to-the-point, strongly human approach to selling helped me develop a level of trust that kept me a loyal customer. Honest selling equals client loyalty.

These days, many salespeople do not practice honest selling. They are polite, efficient and helpful – and utterly anonymous. It’s not their fault; they’ve been trained that way. They sell from a script and never take a chance. You may as well be talking to a robot. Unlike the local hardware store, client loyalty suffers, there is no real human connection, no level of trust, no degree of true honesty.

Lots of companies spend lots of money trying to unravel the secret of client loyalty. They relentlessly measure customer satisfaction on every dimension imaginable: Was the service prompt? Was the salesperson helpful? Could anything have been done to make the buying experience better? The assumption is that most customers defect because they were dissatisfied in some way. So if you can keep customers satisfied, client loyalty will benefit.

It turns out that assumption is dead wrong. Customers who say they’re satisfied walk away all the time. In fact, a recent study from the Gallup Organization found that customer satisfaction, as it’s traditionally measured, does nothing to boost repeat sales or client loyalty.

The study found, for example, that “extremely satisfied” bank customers were just as likely to take their business elsewhere as less-satisfied customers. The same pattern emerged among customers of a major supermarket chain. The researchers concluded that customer satisfaction “has no real value. None at all.” This means that all the money and energy that companies spend to measure and improve it – is wasted.

Not convinced? Take a look at Lincoln-Mercury. According to the American Customer Satisfaction Index, it has the highest customer-satisfaction ratings in the industry – ahead of Honda, BMW and Toyota. Yet in the past two years, client loyalty is down, Lincoln Mercury sales have fallen by 26%.

The researchers did find something linked to repeat sales: customer engagement. In other words, a customer’s emotional connection with you, your product or service, your company.

Think of it this way: Chances are, you’re perfectly satisfied with the service you get from your local ATM. But you don’t sing its praises to your friends. Or look forward to using it. And if you found another one half a block closer to your office, you wouldn’t think twice about using it instead. No client loyalty.

Compare that with a human teller who smiles and greets you by name, asks about your kids, and chats about the weather while your checks are being processed. Same level of service. Same degree of satisfaction. But the customer engagement factor is much higher. World of difference. Better client loyalty.

In a bigger organization, the clerks at that hardware store would probably get whisked off to a little room somewhere to get intensive training on sales skills. They’d be reminded to say, “Have a nice day.” They’d learn how to meet standards on 14 dimensions of customer service. If they couldn’t get with the program, they’d be replaced – and six months later, a marketing analyst would be wondering why sales had taken a nosedive.

Yes, those hardware clerks are frank and cantankerous. But they know their stuff. They take pride in their work. And above all, they practice honest selling and customer engagement everyday, allowing client loyalty to soar.

Next Post:  « How Committed is Your Prospect? Find Out With Lock-On Questions
Previous Post:  Overcoming Price Objections with Sales Prospects »