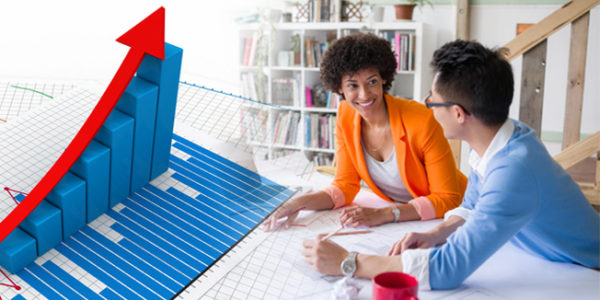 Employees NOT meeting deadlines is a major factor in low team performance. As a leadership coach, exasperated managers and supervisors often ask me for effective ways to improve employees’ time management skills.

Listen to the following scenario…

John, a project coordinator, was called into the office of his supervisor Anne. He could tell, immediately, by the look on Anne’s face that she was struggling to keep her composure in check: “John, I thought we’d agreed three weeks ago to get this project finished by now. Now I’m hearing it’s nowhere near ready. What gives?”

Flustered, John said, “I’m doing the best I can, and I’ll get to it as soon as possible.”

When people make a habit of postponing certain tasks, putting off items on their to-do list, and failing to meet agreed-upon objectives, it’s maddening for the superiors counting on them. Even the most understanding managers can find themselves in badgering mode as deadlines are missed and desperation grows: “You told me you’d get this project to me two weeks ago. I’ve asked for it several times now, and I still haven’t seen it. I don’t understand. Why isn’t it done yet?”

I don’t like to use the word “distrust,” but when someone consistently fails to meet agreed-upon deadlines or goals, it’s easy to lose faith in that person. How do you deal with someone like John? What if you ask questions and get whiny, vague responses? Actually, getting negative or ambiguous feedback can be a blessing in disguise, giving you a heads-up that something isn’t right and you must view this information in a clearer light.

Coaching Tip: Get to the origin of the missed deadlines

Sometimes managers say, “What do I need to do to help you get this done?” We think we’re being a resource for the employee, but we’re actually undercutting his confidence. He ends up feeling scolded. Or worse, he becomes aloof, or skittish, and/or avoids you, knowing he’s annoyed you and he’s now under your watchful eye to do the job, pronto. Ironically, we think we’ve created a sense of urgency for this individual, when instead we’re taking ownership of the problem — not a good strategy when we already have enough on our plates!

Rarely do managers want to go down that nagging path where they constantly buttonhole employees with, “What’s going on? Why isn’t this ready?” Despite their best intentions to stay cool and professional, their frustration inevitably reveals itself in their words or tone of voice.

Stop missed deadlines from the start — Create a game plan

Here’s Anne’s proactive approach: “Hey, John, it sounds to me like you’ve been incredibly busy. As you know from our conversation last week, we were talking about getting this project completed next Friday, one week from today. So tell me, how are you progressing so far? Walk me through the steps you’ve implemented since we spoke last week.” Listen very closely to John to find out what he’s initiated so far and what he hasn’t, as well as any other potential issues that can creep up.

“Well, things have been really busy around here, but I plan on getting the project done as soon as I can.” Or perhaps: “Well, it’s gonna be late, probably a week later than I would like.”

Whoa! There goes that red flag!

Coaching Tip: Getting past lame excuses for missed deadlines

Now that he has a fire lit under him, John can respond, “Okay, I can realistically get this done by next Friday.”

Anne needs to stay in charge and confirm John’s action plan. “Great! What specific steps will you need to take between now and next Friday to accomplish this?”

Like many of us, John has his quirks. Maybe he’s a procrastinator. Maybe he has multiple priorities that require him to multitask, and his plate is already full. The bottom line: when next Friday rolls around, will John’s project be ready? When Anne follows up with John, it’ll be unacceptable if he responds, “Oh, gosh, I’m going as fast as I can. This came up, that came up, and I just couldn’t get to it…I’ll get it to you next Monday.” He might as well be saying “whah whah whah,” like the adults in the animated Peanuts cartoons.

John might blame his slow progress on lack of time. But pointing to time constraints can be a Band-Aid approach. Sometimes when people say, “I don’t have the time,” when you read between the lines, you may find they’re really saying, “I can’t do it…I don’t know how…I feel too vulnerable…I feel too insecure.” Time management issues often result from someone feeling like they’re outside their comfort zone. Their excuses can come across as whining or blowing smoke, which doesn’t help the employee or employer.

Proactive Questions: Getting employees to take ownership for their projects and tasks

“Why isn’t it ready? What have you been doing?”

This approach puts people on the defensive; bad move! You’ll cross that fine line between encouragement and nagging.

“John, walk me through the steps you’ll take to finish this project. Do you see any potential obstacles that could get in the way? (If so:) What are they? What will you do to ensure you’ll have ample time to finish the project by our deadline?”

This approach drives John to articulate the physical actions and resources he’ll use, what potential obstacles he may encounter, and how he’ll overcome them. Be good-natured about it: “Hey, John, how are things progressing since we talked Wednesday?”

Managers may say, “Yeah, those are good questions, but do I really want the minutiae?” Yes, you do! When you deal with someone like John, you’ll want to know his level of commitment, willingness, confidence, and ability to follow through. If he can’t walk you through all the steps, that should send a red flag flying.

When you have encounters with such people, you want them to have a complete understanding of the steps and outcome desired. When they’re able to articulate the action steps, this also cuts back on the amount of hand-holding required.

When you get them to summarize and you hear the answers you’re looking for, insist that they put it in writing, including a couple of brief, informal progress report e-mails over the course of the week to let you know where they are in the process, such as: “What will you do between now and this Friday to make your deadline?”

As a manager, take the words “Here’s what you should/need to do” out of your vocabulary. The aforementioned direct report should articulate that. That’s where the ownership is, and it’ll reinforce your employees’ determination to stay on track.

Call or contact Performance Based Results online today to schedule your next sales training, coaching, workshop or keynote speaking session.