Give Your Clients What They Want – Business Lessons from S.O.S, MAGLITE and More 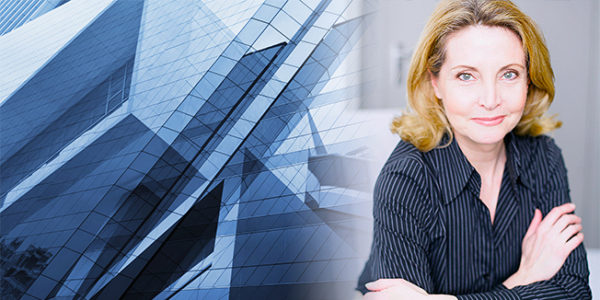 Sometimes you need to know when to change your marketing and sales strategies. If the market and your clients tell you they are looking for something different than what you’re offering, the best move may be to give them what they’re asking for, rather than trying to sell them on what you have.

Here are some business examples of companies that succeed by changing and faltered by staying the same.

A Map to Success

Patrick Keane took a job selling advertisements on the back of local street maps; the maps on one side, the ads on the other. He sold the maps door-to-door, hitting 50 businesses a day. Problem was, with all the folding and unfolding to show them off, Patrick’s maps began to look the worse for wear, making them less attractive to clients who’d already been a tough sell.

Patrick got an idea; why not laminate the map ads to keep them looking fresh? Once he did, he was surprised when the clients ignored the ads, asking instead how they could get their hands on one of those laminated maps! A business was born.

Patrick quickly got out of the ad-sales business and into the laminated-map business. Each map only cost ten cents to begin with, and once he got them laminated, he’d mark up the cost and sell them for a good price. The maps were promptly gobbled up by gas stations, towing services, delivery services, and various other local businesses.

When the Soviet Union fell apart, opening up an entire new market for schools needing updated maps, Patrick’s business got an even bigger boost.

Patrick’s once-struggling business soared to success because he’d figured out how to be a “chameleon,” adapting his approach to his product to what clients wanted and needed.

This strategy is just as important if your “product” is your own professional services. If your clients say they need or want something else, don’t be afraid to adapt, and give them what they want. It’s easy to get discouraged when your early attempts don’t pan out. But sometimes the best way to get past a roadblock is to go around it.

If people tell you they’re more interested in one product than another, adapt to what your clients want. Avon started because a door-to-door salesman trying to sell books gave away free perfume as a promotion – and female customers preferred the perfume.

Edwin Cox sold aluminum cooking pans door-to-door with little success; people didn’t want them because they were hard to clean. His solution: combining steel wool with soap to create cleaning pads for the cookware. When it turned out that buyers preferred the pads over the pans, S.O.S Soap Pads were born.

The Cost of Not Changing

Similarly, when your services succeed, be careful not to let their success blind you to changes in your market – the results can leave you alone in the dark.

Since the early 1980s, the Los Angeles Police Department had sworn by their iconic MAGLITES, also popular among military personnel. Manufacturer Mag Instrument had dominated the market with their high-quality ten-inch aluminum flashlights, which could also double as clubs when police officers were in danger.

However, the L.A.P.D., looking to enter the 21st century with a brighter, smaller flashlight, began looking at LED flashlights, which were lighter in every sense of the word. Only then did Mag Instrument concede that they needed an LED flashlight of their own.

The Mag team approached the development of their LED flashlight with their famed painstaking perfectionism, wanting to take their time to carefully develop a high-quality LED flashlight that would live up to the company’s great reputation.

However, with competitors’ new LED flashlights popping up like mushrooms, many of Mag’s clients proved fickle – including the L.A.P.D., which now purchases its LED flashlights from one of Mag’s rivals.

Mag spent so much time and energy sticking with their tried-and-true formula, they ignored the smaller players nibbling at their feet. Thinking, “We’re known for our flashlights, so we don’t have to worry,” they didn’t listen closely enough to their customers, and their business faltered as a result.

New Opportunities for You

If your marketing services have brought you success for years, don’t assume that will remain so. The market changes constantly – you need to as well. In some cases, the client will tell you point-blank what they’re looking for. When presented with that kind of opportunity, it’s important to be ready… to change… to tackle it.

Let yourself be as changeable as a chameleon, willing to try a new spin on what you have to offer. This doesn’t mean you need risk weakening your business by jumping on the bandwagon of every fad; simply have the confidence to step outside your comfort zone.

Be adaptable from the start, willing to try new approaches before your competition does, and you’ll be able to take advantage of the marketplace. Pay attention to your clients’ evolving needs and desires and act on them, realize what they want now, and you’ll have a better chance of continuing to do business with them down the road.