How to Get Customers to Reveal their Budgets

How to Get Customers to Reveal their Budgets 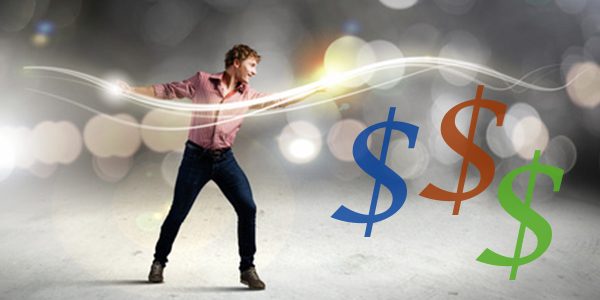 A salesperson I was coaching came to me with this question:

“I seem to be running into the same problem over and over, and I need your help. Too often, I put a proposal together for a customer, only to be told that my quote does not fit in to the budget. The problem is, in these cases I have specifically asked the customer about the budget before I crafted the proposal. Usually what happens is I have my initial meeting with the customer and before I leave, I ask them, “Do you have a budget in mind for this project?” The customer invariably answers with, “We are not sure what the budget is going to look like.” So I go back to my office and spend hours writing up a proposal for the customer. When I return, they take one look at my price and act like they are in shock! They will say things like, “We certainly weren’t thinking of spending that much.” Why can’t they share that kind of information with me before I have wasted my time on the proposal?”

I completely understand this salesperson’s frustration. I too, am amazed when prospects claim they have no idea what their budget will be for a project. When I first started my company, I ran into this problem more than once. I would spend a significant amount of time and effort putting together a proposal, only to be told, “Your proposal is great, but we only have $X to work with at this time. Sorry.” If they had only shared that with me at the beginning of the process, it could have saved us both a lot of frustration. I could have crafted a proposal that would have fit in their budget. Instead, I lost out on those opportunities because the prospects thought I was too expensive.

I learned that when someone tells me that they do not have a budget or they do not know what their budget is, I need to press them further. I will say something like,

“I suggest that you determine your budget before you start soliciting bids. Too often I have seen customers put themselves at risk by spending more money and resources than is necessary. A little planning on your part will put you in control of the situation and give you a better sense of direction as to how much you want to invest. When do you think you could get back to me with some hard numbers?”

This approach puts the focus on the prospect, not you. It tells them that you care about them and their financial security and you do not want them to make a mistake. You can even be lighthearted about it and ask them, “You wouldn’t go car shopping without a budget would you? If you did, you would probably end up with a Ferrari you couldn’t afford.”

Due to the fact that this problem occurs frequently, I like to have other strategies available in case my first attempt is not successful. If a prospect still does not give me a number after I have given him/her the speech about planning, I have another approach to use:

“We want to recommend a program that will best suit your needs and expectations. To do this, I ask that you please give me some budget parameters. It is no good for anyone if I come back with a recommendation only to find out that I’m way off base when it comes to budget. I think we can both agree that we need to go into this with mutually agreed upon expectations. What is a ballpark budget number you have in mind?”

If they give you a number, see how much wiggle room there might be. If they say they cannot give you a number because they’re not the ones putting the budget together, ask to be introduced to those who are involved in crafting the budget. This will minimize price objections later on in the process, especially when you are put in front of people who are not as concerned with budget, as they are with their ROI.