And A Manager Shall Lead Them – How Guidance Motivates Employees 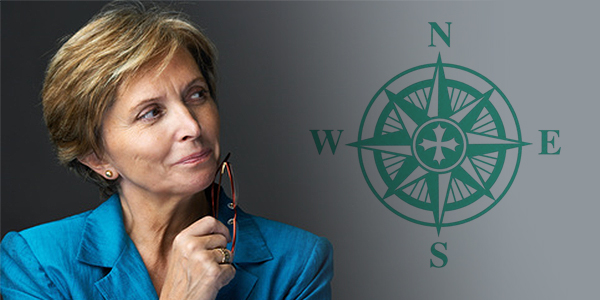 It’s Saturday, and my daughter and I plan to spend our quality time at the nearest Six Flags amusement park but first, we agree to tidy up our bedrooms. It’s almost time to leave, and my room’s spotless—but when I peek into my daughter’s room, her toys and clothes are still on the floor while she dances to a CD in blissful oblivion. Aarrgghh! Now I have two choices: hover over my daughter and pressure her to finish cleaning up, or do it myself so the job’s finished fast and to my liking—the path of least resistance. That’s a tempting option because, let’s face it, I don’t really want spoil our day or get it off to a rocky start, especially since my daughter and I have been looking forward to Six Flags all week. On the one hand, I’m mad because she didn’t listen; on the other hand, she’s dancing around because she can’t wait for us to have our fun. What kind of meanie would punish a kid just because she’s happy she’s about to spend quality time with her dad? Some managers unwittingly carry that feeling into the office. With the best intentions, they take the path of least resistance, brimming with more rationalizations than my daughter has Barbie dolls:

SITTING ON THEIR “BUTS”

As with my situation with my daughter, managers sometimes feel like they should do things themselves. They fear that if they lean on employees too hard, workers could either resist, or break free and work elsewhere. This gives managers more to stress out about, because then they’ll have to step in and do that job, too, and now their bosses will hover over them.

With technological advances requiring fewer people to do the same amount of work, some employees may opt to sit on their “buts”: “Hey, my boss and I both work hard, but I can only give it so much. I’m already doing the work of three people, and my boss just dumped more work on me to do before I leave today! How much more can they get out of me? Is it dangerous to risk confrontation by telling him it’s impossible to get all that done today, or is it safer to sit on my ‘but’? I’ll do my best, but I’ll get to it when I have time.” With managers not wanting to push too hard, and employees having enough on their plates, both parties end up choosing the path of least resistance.

Providing guidance is a more positive, productive way to veer off the path of least resistance and inspire initiative among your staffers, but where do you begin? Ask yourself:

The key is to give employees boundaries as well as communication. It’s not enough to tell someone on their first day on the job that they should produce $300,000 worth of sales each quarter. That standard must be reinforced with unmistakable guidelines and examples, such as, “I want you to make 5 sales calls a day, with the expectation that you’ll generate 20 quotes on a monthly basis. Of those 20 quotes, approximately 5 of those will lead to sales, with the expectation that each sale is worth on average $15,000. I expect you to communicate with me on a weekly basis, so you can let me know what’s working, what’s not, how you’re progressing, and where I can be a resource. Okay, let’s go over your assigned accounts and how to profile prospective opportunities…”

Even the most go-getting self-starter on your team wants guidance from you, the manager. Your team members want to be clear about their responsibilities and their goals; they need to know how they’re expected to contribute. They want to know what they can do, not just what they can’t do. If you provide measurable standards and expectations for each employee’s particular position, not only will they understand the desired outcome (in this example, $300K a quarter), but also what they’ll need to do on a consistent basis in order to get there. Confidence and security flourish as employees get the right guidance.

Use the following questions to determine how much guidance your employees need and how much they already understand about what’s expected of them. Of course, as a manager, it’s crucial that you already know the answers you need to hear. Still, some answers may surprise you. Asking these questions baldly can come across as intimidating, especially to a veteran employee (“Yikes! Is my job on the line here?”), so try to set the stage and ease into them with a buffer such as, “Let’s sit down for a cup of coffee. I’d like to explore with you what’s working, so I can help ensure your success over the long haul. Do you mind if I ask you a few questions?”

When employers provide goals and direction for their employees, everybody’s on the same page. Employees feel confident that they’re spending time on projects important to the company, and managers know their employees are on the right track. Without such guidance, employees feel like they’re treading water with “busy work” while they struggle to read their bosses’ minds. This lack of guidance can rattle employees. I know, because it happened to me.

A decade ago, I was excited to start a new job working for a man I’ll call “George.” Back then, I was working for another company and feeling successful. George wooed me with promises of independence and opportunity, interviewing me several times. It took three months before the hiring process was complete. I was confident that someone who put so much thought into the hiring process would be a great boss.

On my first day, George greeted me and we exchanged pleasantries for five minutes. Then, just like that, he was out the door on a two-week business trip. As he left, he said, “The only way to learn this job is to do it.” That was the extent of my training! I was given no guidelines, no boundaries. I felt like a teenager whose parents had left for vacation, saying, “We’ll be away for two weeks, dear. You’re in charge while we’re gone. Be good now!” But unlike a teen home alone, I didn’t feel that sense of freedom and excitement; I felt more like I’d been stranded in the woods without my Boy Scout Handbook. How was I to interpret “Be good?” With no clear direction from George, I was lost.

With a mortgage to pay and a family to feed, I really wanted this job to work out, so I tried my best. During George’s absence, I was left with only one co-worker and no supervisor to turn to for advice. When George returned, things weren’t much better. We’d pass each other in the hallways, but he never scheduled time to sit down with me and find out how things were going, or to ask what type of guidance I needed. Every day, I felt more insecure and unsure. The only thing I was sure about was that George would eventually call me into his office and ream me out, telling me I was completely on the wrong track.

The uncertainty was killing me. To my relief, my previous boss was eager to have me back. I met with George, certain he’d welcome my resignation, because I knew in my gut this job wasn’t working out the way I’d planned. To my astonishment, when I told George I was returning to my former employer, he literally had tears in his eyes! He told me he understood and he was sorry to see me go, but he never asked me why I was leaving or how he could convince me to stay. At the time, I was so anxious to escape, I didn’t take the time to volunteer my reasons.

Admittedly, both George and I made mistakes. From the first interview, I should have asked more questions to uncover the goals and objectives of my position. George should also have asked more questions of me, especially when I resigned, so he could learn from his mistakes. I would have eagerly told him that I needed guidance and direction he hadn’t provided. Now I realize George was a good man, just not a good manager. Because he’d never managed people before, he didn’t know how. He simply practiced avoidance, putting it upon me to figure things out. I greeted George’s hands-off approach with insecurity and uncertainty. In the end, it hurt us both.

Next Post:  « #1 Question to Jump-Start Sales Opportunities for the New Year
Previous Post:  Pack A Punch By Asking Impact Questions »