The Power Of Clear Performance Standards 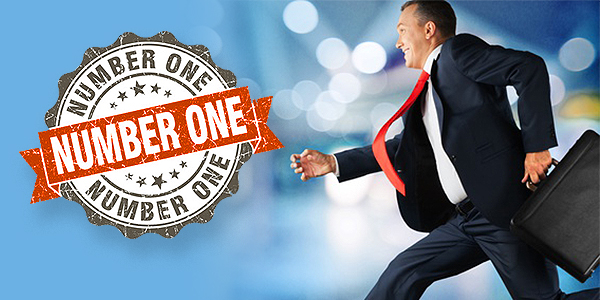 It had been one year to the day since my friend Jake had relocated to Florida to beef up profits at a medical equipment company. Since I was in Jake’s area on business myself, we agreed to meet after work for drinks to celebrate. Jake had every reason to think he’d get a glowing evaluation on his performance review. But when he trudged into the bar at my hotel, Jake looked like he was down in the dumps, not on top of the world.

“They gave me the sack! Can you believe it?” As he knocked back his drink, Jake was so angry I half-expected him to swallow his swizzle stick along with his Mojito. “I relocated for them. I worked nights and weekends, I even broke dates. I did everything right and then some. And what does my boss tell me? ‘You did a pretty good job, but you could’ve done more.’”

I shook my head. “It’s outrageous, Jake. I’ve seen for myself what a great manager you are, and I’d bet the ranch you followed the company’s performance standards to the letter.”

“I would have, if they’d ever bothered to outline their standards for me.” Jake took another swig. “I tried to get specifics, but my boss was the kind of guy who acts on gut instinct. How am I supposed to measure my performance using somebody else’s gut feelings?” In his frustration, Jake bit his swizzle stick in half. Lucky for him, it was one of those sugar cane sticks, so Jake didn’t have to see a dentist on his way to the unemployment office.

Good managers create performance standards for their people that are as clear as Jake’s sugar swizzle stick, but far more substantial. How can you, as a manager, expect your team to meet your expectations unless you provide concise, concrete standards from square one?

Jake’s hardly the first employee to be stymied by unclear performance standards. My associate Patrick once worked with a celebrated 4-star hotel. The hotel’s Human Resources Manager met with him after one of the department heads had been let go. The reason? “He didn’t meet the hotel standards.”

That indicated to Patrick that this hotel had specific, measurable standards for their staff. He was impressed, until he asked, “Which standards did he fall short on?”

“The hotel standards,” the HR Manager repeated. He never actually got around to explaining exactly what the hotel’s standards were. Perhaps he wasn’t sure what they were, either. When pressed to elaborate, all he could do was describe a vague feeling or two about the former department head’s performance.

As the late economist Peter Drucker said, “If you can’t measure it, you can’t manage it.” How can any workplace talk standards when they haven’t established measurable standards for their team to follow? As you can see from Jake’s and Patrick’s experiences, someone can be fired for not adhering to standards, without being told what those standards are! When managers set impossible goals, it only leads to frustration. When managers are frustrated, the inevitable trickle-down effect results in frustrated team members, too. For the sake of your team’s productivity and self-esteem, it’s crucial to set achievable standards for reasonable goals within your team’s grasp, and to deal with them based on specific, measurable standards leading to measurable results.

For instance, Patrick had a different experience when he worked with IBM. A manager friend of his, George, had been doing well there, so when Patrick met with IBM’s Vice-President, he asked how George was doing. With regret, the VP explained that George was no longer with the company. “He broke a cardinal rule: he lied to one of our customers.” Now that’s a specific standard — far more understandable, valuable, and enforceable than a vague feeling.

As Stephen Covey said, “Begin with the end in mind.” Make sure you don’t just do things mindlessly; always stop to consider WHY you’re doing it. There must be a result in mind. By the same token, you must make sure your employees understand that they do each of their assigned tasks for a reason; it’s not just “busy work.” Help your team members to go beyond saying, “What do you want me to do?” Rather, get them to think in a results-oriented way before they act, so they consider the end results you want them to achieve on the team’s behalf.

Recently, my wife and I had dinner at a popular upscale restaurant in our area. The grounds surrounding the restaurant had a beautiful garden on a lush green lawn. As we enjoyed our meal and each other’s company, we heard the pitter-patter of little raindrops against the windows. By the time we were ready to pay our check, those little raindrops had joined forces to become a big downpour. The monsoon continued as we stood inside the restaurant doorway, waiting for the valet to bring our car around. Looking around idly, I couldn’t help noticing the lawn’s sprinklers were on at full blast — while the rain kept pounding down! I asked the young assistant manager on duty at the time why the sprinklers were on.

“It’s Tuesday, sir,” he said brightly. “We always turn on the lawn sprinklers on Tuesday.”

“Oh, so it’s an automated sprinkler system set up to run every Tuesday?”

“No, sir, I turn the sprinkler on and off myself,” the assistant manager said. “It’s one of my duties.”

Puzzled, I gestured at the windows. “But it’s already raining — pouring, in fact. Isn’t it overkill to have the sprinklers running while it’s raining?”

“Well…” The assistant manager’s smile faltered; suddenly he was at a loss for words. His smile crept back, but not quite as bright as before. “That’s what we do here on Tuesdays, sir. I’m just doing what my boss told me to do.”

The lesson here: performance standards must be results-oriented, not task-oriented. If you want to get your boss in trouble, do exactly, literally, what he tells you to do. This young man was just following the rulebook, doing what he’d been told had to be done on a typical Tuesday. He hadn’t stopped to think why he was putting on the sprinklers in the rain; he’d simply figured he had to follow his superior’s instructions to the letter, without considering extenuating circumstances like downpours, otherwise he’d risk being in hot water with his boss.

Like the song says, “It ain’t what you do, it’s the way that you do it.” It’s up to you, as a manager, to set clear, concise, unmistakable performance standards for yourself and your employees. There’s a right way and a wrong way to do things at work, and when you and your team know your office’s performance standards inside and out, everybody benefits.

Next Post:  « #1 Sales Question to Determine if Your Customer is a Strategic Thinker
Previous Post:  Sales Management : Ten Questions to Engage C-Level Executives »