Repurposing Your Sales Team: How Managers Can Play To Employee Strength 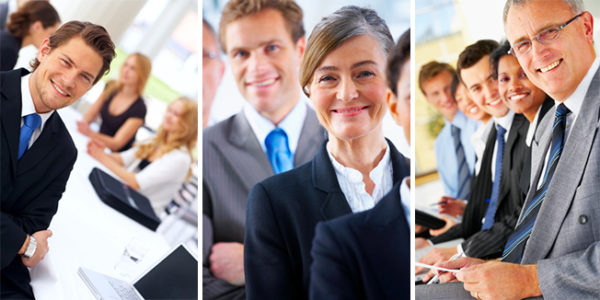 “My assistant Sid is making me crazy!” Jim, the Executive Manager, rubbed his temples in exasperation. “The glaring errors in his reports just get worse and worse. It’s been almost seven months since I hired Sid. When is he going to get the hang of this?”

I asked, “Have you taken Sid aside and explained to him how crucial it is for him to pay attention to detail in these reports?”

“When haven’t I explained it to him?” Jim let out a short, hot sigh. “Don’t get me wrong. Sid’s highly skilled in other areas, and I don’t want to embarrass him or hurt morale by reaming him out in front of the whole department. I’ve talked with him in private, tried to be subtle. But Sid just doesn’t seem to grasp that it’s more important to me that he take his time crafting his reports and getting the data right, rather than rushing through them. I’ve tried giving him more advance notice so he’ll have more time to do the reports properly, but they still read as rushed and sloppy. It’s all I can do not to rip him apart in front of our colleagues. I’ve tried quietly correcting Sid’s reports myself, but I’m swamped as it is. Anyway, that’s his job, not mine.” Munching his chewable antacid mournfully, Jim asked me, “What should our next step be?”

I decided to sit down with Sid and get his take on the situation. It turned out Sid had doubts, too. “I’m walking on eggshells here. When I started this job, I thought my skill set would be a good fit, and I guess Jim must have, too, or he wouldn’t have hired me. But the longer I stay, the more I feel like I can’t do anything right.” He cast an anxious glance at the pictures of his wife and young children fastened to the wall of his cubicle. “I really need this job, and I still feel I have things to contribute to the company. There must be some way I can make the most of my skills here.”

While writing reports wasn’t one of Sid’s strengths, he was a talented employee in other ways. What he needed was a way to repurpose himself — to apply his talents to the company in new ways that would make the most of what he had to offer. So when Jim realized Sid’s true talents lay in his people skills, he moved Sid to the inside sales department. Six months later, Sid was one of the firm’s top three inside sales producers. It was a happy ending for all concerned: instead of firing Sid when he floundered in analytical report-writing duties, Jim figured out a new, more productive way to use his assistant’s skill set, and both Sid and his new department flourished.

Most managers have the same dilemma as Jim and Sid. Managers like Jim may complain to colleagues about employees like Sid, but they dread having to confront the employees in question. When these managers find themselves face-to-face with the unsatisfactory employee, they all too often take the path of least resistance, dancing around the problem instead of being direct. The reluctance of these managers may also stem from their fear that the situation is partly their own fault; maybe they were too quick to hire the candidate, maybe they should have made sure he had the right experience and skill set for the job.

Those unhappy employees fall into the avoidance trap, too. They’re making the effort, but in many situations, they just don’t have the aptitude for the job they’ve been assigned. They’re just as frustrated as their managers about their inability to perform up to par, but they don’t know how or if they should approach their bosses about their unhappiness. Doing so puts them at risk for confrontation or possible termination. Over time, this tense situation takes a big emotional and economic toll on both manager and employee. How can they approach each other so that everyone concerned — the manager, the employee, and in the long run, the entire organization — will benefit?

Managers must be proactive; they need to have that all-important sit-down discussion with their employees to determine exactly what needs to be done. Jim thought he was being a good, understanding manager by taking the passive way out with Sid, hinting around about his faults instead of being direct, even trying to do Sid’s work for him. Jim’s well-meaning but ineffective methods only succeeded in making Sid feel like he was tiptoeing on thin ice, worrying that his job difficulties would result in no job at all. You must find out where your employees’ strengths lie in order to find them better opportunities either within or outside your organization. As a manager, you must determine if:

If you find that your employee’s strengths lie in a different area than the one you hired him for, it doesn’t have to bring down the curtain on his job. Instead, it may mark the beginning of an outstanding performance in a fresh new role better suited to his particular talents, and everyone can take a bow.