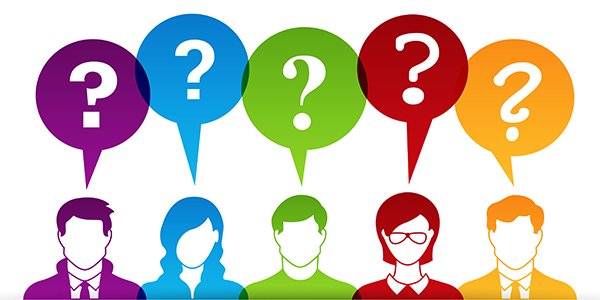 Asking the right questions to non-committed sales prospects will help close more sales. We’ve all had this happen with a new sales prospect. You’re thinking “This is it, I’ve got him!” You have called your sales prospect, and the dialogue is going great. His attitude is positive – he likes your services – you have lots in common with him. You feel a palpable connection between the two of you, a strong sixth sense that this meeting will result in you closing the sale. As time goes on, you stay in touch, calling periodically. Before long, it hits you that your sales prospect is just leading you down a path of non-commitment.

Maybe you’re noticing a recurring pattern: you find yourself in too many situations like the one above, where your sales prospects always seem interested, yet they never move forward. Why is that? How do you handle a situation where you’re getting plenty of “warm fuzzies,” yet your sales prospect won’t commit to a sale? The answer: asking the right questions.

Suppose your sales prospect says, “What you’re presenting really sounds interesting. Let me run this by my boss… partner… peer… cohort…associate… manager, etc.” Now you’ve discovered someone else is involved in the decision-making process.

You take the bait by asking: “You’ll be running this by your boss? That’s great! Can we help you present? Can we set up a meeting with your boss?” Although, these are great questions, most likely, the response will be “No.”

Why is this? Sales prospects can be a little guarded about giving you access to their internal relationships at this early stage. Not sure where to go next, you might ask, “When can I follow up?” Oops, not a good question to ask just yet. Don’t let your sales prospect off-the-hook with, “Give me a call next week” This response is not good if the sales prospect is procrastinating or lying about telling his boss about you. That’s why asking the right questions is crucial to qualify the opportunity before inquiring when to follow up. Here are some examples:

There can be a host of reasons for the sales prospect to blow you off. How can you be sure the person is sincere? Are they really going to run it by their boss, or are they just trying to brush you off as courteously as possible so as not to offend you? Ferret out their real thought processes and their true level of commitment to your ideasby asking the right questions. Maybe they don’t need you right now, but want to hedge their bets and put you in their back pocket for the future when they can use what you’ve got to offer. That’s not to say your sales prospects are deliberately trying to deceive you. It’s just that they have their own motivations and priorities. Investigate and flush this information out of them.

Why invest a lot of time, energy, and resources down this path if the sales prospect isn’t that serious to begin with? Let’s assume you want to qualify this opportunity to see if it’s truly legitimate. By asking the right questions you can listen for the validity, the depth, the clarity behind their words. Can they pinpoint elements about your solution that they like? If they can, that’s a good indicator that they’re genuinely interested in working with you.

When a sales prospect responds, “Give me a call next week,” there’s no commitment on their part, but it can sure be aggravating for you. Before you know it, a week turns into a month, and months become years. When we try to reestablish contact with that person, the trail grows cold. Asking the right questions in the beginning allows you to bring up potential objections now rather than later – to find out the next step. And if there is a next step, what “action” is your sales prospect willing to commit to?

So let’s look at an example of when a sales prospect says he’ll run your ideas by his boss. Your response could be: “Great, I’m glad to hear you’ll be sharing our conversation with him. Let’s pretend for a moment. Let’s say you’re sitting down with your boss and going over this information. Let’s assume your boss reacts positively. What do you see as our next step?”

Listen closely for what actions may occur. For example, responses could be:

Pretty simple so far. But why not test things out to determine if the conversation with his boss isn’t so rosy? After all, that’s what the real world of selling is all about. So go ahead and ask, in an innocent way, “What if your boss says he’s not interested?” That will lead into asking the right questions that will help you gauge this person’s level of commitment and sincerity. Listen closely and they may be able to give you insight into their decision-making process, or any potential hurdles in the way, or the extent of the boss’s sense of urgency in moving forward.

It’s important to know upfront whether you can trust your prospect to fluidly and persuasively push your concept. Asking the right questions  will continually help you uncover the sales prospect’s true level of commitment and expedite the sales opportunity.

Next Post:  « Ask Questions and Listen to What your Prospect Needs
Previous Post:  Successful Salespeople Sell with Passion »

One response to “Sales Prospects: Why Asking the Right Questions will Close More Sales”