The Neuroeconomics Of Sales
How Buyers Really Decide 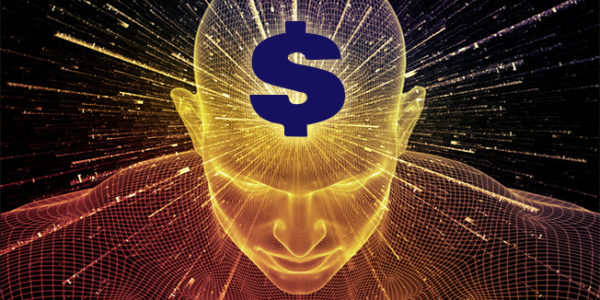 Research confirms what you’ve probably suspected: Buyers are deeply irrational beings. A group of scientists from CalTech, Carnegie Mellon and MIT reviewed studies examining how people buy. Most economists — and many sales training programs — have generally assumed that buyers make logical decisions about what they need and what’s in their best interests. Most believe their decisions are the end result of a logical, step-by-step process. But these “neuro-economic” studies tell a different story:

Buying with their hearts

When money changes hands, the deep, primitive – emotional – part of the brain calls the shots. Logic comes in afterwards as the brain’s attempt to justify the decision it’s already made. Buyers aren’t aware of this process, because it’s automatic and unconscious.

Selling to the heart

This type of research has profound implications for salespeople. Traditional approaches to selling focus on logic and reason: features, benefits, reasons to buy. But if you’re engaged with the customer at that level alone, you could well be wasting your time: the real decision has already been made.

Some people shy away from emotional appeals when they’re selling, because they think it’s risky or unprofessional. But the emotions are there whether you talk about them or not. If you don’t engage the customer’s heart as well as head, you’re putting yourself at a disadvantage.

Consider this scenario, for example:

Salesperson: “So you’re looking for a new vendor. Can you tell me why?”

Prospect: “It’s very simple. Our current vendor has had some trouble meeting deadlines.”

Salesperson: “ I understand. Let me show you three independent surveys. They rank us first in on-time performance, and 20 points higher than our nearest competitor.”

According to traditional sales theory, that’s not a bad response. The seller identified the buyer’s key need and provided solid proof that her company is the best choice.

But our seller hasn’t gotten to the emotional component of the decision-making process.

Salesperson: “Missed deadlines? Wow. That must have been frustrating…”

The prospect’s voice rises. He leans forward in his chair. “You bet. Last time it happened, I had a whole crew standing by and my boss breathing down my neck. It was my anniversary and I was stuck late at the office fixing the whole mess….”

Those are the emotions that will drive this customer’s decision-making process. The seller now has an opportunity to become a part of it.

THE POWER OF EMPATHY

Right now, her best chance to win the sale is by staying tuned into those buying emotions. She can save those independent studies for later – the customer will need them to justify why he picked her company over the three other vendors that had lower prices.

This approach isn’t about manipulation; it’s about old-fashioned honest empathy. It requires you to put yourself on the line, right along with your buyer. For example:

I appreciate you being so honest with me. Believe me, I know how important deadlines are.

I could tell you we’re the most reliable in the business – and we are. I can’t promise we’ll never make a mistake. But I am going to give you my work phone number, my home number, my cell and my pager. And if anyone has to miss their anniversary because we made a mistake, it’s going to be me, not you.

That’s not a promise from my company — that’s from me.”

Research also shows that the more that’s at stake, the more these emotional, unconscious forces come into play. People can be quite dispassionate when they’re making low-risk purchases. In those cases, a logical selling approach is likely to work well.

But when there’s a lot on the line – a lot of money, a promotion, a career, an entire business – emotional or even irrational considerations can overwhelm logic. That’s why, for high-stakes sales, it’s important to connect with the buyer’s emotions.

One way to help keep the buyer’s decision-making process on track is by “framing” the issue properly. Studies show, for example, that people will react very differently to a proposition when it’s presented as “insurance” rather than a “gamble.”

Doctors are more likely to recommend a procedure to patients if they’re told “the odds of survival are 80%” than “risk of death is 20%.”

Keep in mind that the risk of loss is emotionally more powerful than the opportunity for gain. We drive even though it is statistically safer to fly. We fear terrorists, but not cholesterol, which kills far more people. So if all you’re talking about is the upside, you may not be getting to the heart of the matter.

Here are some other ways that these research findings can help you sell more effectively:

Next Post:  « Get Your Sales Team to Embrace Accountability
Previous Post:  The Right Reward System is Worth Its Weight In Gold or Balloons »

One response to “The Neuroeconomics Of Sales | How Buyers Really Decide”