Can You Sum Up Your Accomplishments In 6 Words? 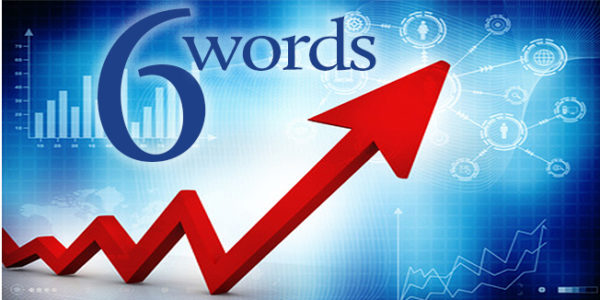 Can you sum up your accomplishments Haiku style? Few of us could, but in his Business Week article “Leadership in Six Words,” author John Baldoni suggests that being able to do just that is important for career success.

Once upon a time Ernest Hemingway was challenged to write a story using only six words. Impossible, some thought. Not for Papa, as Neal Conan explained on NPR’s Talk of the Nation. The next day Hemingway produced this: “For sale. Baby shoes. Never worn.”

Clare Booth Luce, according to Wall Street Journal columnist Peggy Noonan, once told John F. Kennedy that “a great man is one sentence.” Noonan writes that Abraham Lincoln’s life could be summed up as “He preserved the Union and freed the slaves.”

Scott Eblin adapted the concept to summing up one’s leadership legacy. “It takes time and effort to boil down the essence of what you’re trying to do to a short and memorable idea.”

Reducing one’s life to a handful of words is a mighty challenge. Creating a six-word memoir, a concept inspired by a project conducted by Smith College’s magazine, can be a useful exercise in self-analysis, particularly if you apply the process to reflecting upon your goals and your results. “Did we achieve what we set out to achieve? Did I help them and the team to succeed? Did our results stand the test of time?”

The million dollar question for any leader is this: “Did you leave the organization in a better place than when you found it?” Sadly, we have discovered that the great recession we are currently enduring was in part due to senior executives who did not leave their companies better off, even though they themselves exited with pockets full of cash.

For leaders, this six-word exercise works well as a form of aspiration, that is, “How do I want to be remembered?” So if you are early or mid-career, you have time to make changes so that you can become the leader you are capable of becoming. Consider the following three questions to help you consider how you would sum up your work life in six words or less.

What gets me up in the morning? What do you do and why do you do it? For some, it’s the opportunity to work with others on a project that has real meaning, that is, improves the quality of life for others. If this question throws you, then you need to consider what you don’t like about what you do. Is it possible to change something, or must you change careers?

How can I help? We humans are motivated to work for goals greater than ourselves. Leaders achieve through the efforts of others. It is imperative that they create conditions for others to succeed. They help others achieve intentions that enable the team, and by extension the organization, to succeed.

What is my influence? Line authority over someone on your team is a point of leverage but its effect may be limited. For organizations, particularly in challenging times with dwindling resources, leaders need to exert their influence. Such influence is built upon good example, but transmitted through effective persuasion rooted in trust.

You can adapt the six-word memoir exercise to fit other needs. For example, how might you describe a challenge facing your team using just six words? “Tough Job. Committed People. Keep Working.” Or “Need Ideas. Sooner Than Later. Help.” You can even make a game of it at your next staff meeting. Encourage your people to contribute their six words as a means of getting to think about the issues, the challenges, and the opportunities you face.

Summing up your career in six words may not produce a eureka moment of sudden clarity, but the exercise challenges you to think about what work means to you and how you influence the way others work. “Big idea. Profound thoughts. Truthful moment.”

John Baldoni is a leadership consultant, coach, speaker,
and author of seven books, including Lead By Example.

Next Post:  « Jump-Start Your Staff’s Zest To Do Their Best
Previous Post:  Is Your Manager an Office Quarterback? »